John Leguizamo's Tales From a Ghetto Klown
was featured in the 2012 PBS Arts Summer Festival. 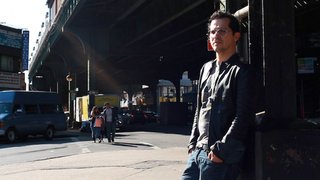 Behind the Scenes still from the film, featuring legendary performer John Leguizamo. Get a behind-the-scenes look at one of the industry’s most versatile and well-known actors: John Leguizamo. This profile of the actor/playwright looks at his unorthodox rise to success while capturing his struggles to mount his latest one-man show.

Starting with a survey of his Colombian and “NuyoRican” roots and building to his high-profile career in Hollywood, Leguizamo bares his soul (as do his colleagues, family members and celebrity friends) in this behind-the-scenes glimpse of one of the industry’s most versatile actors. After the Broadway success of his latest show, Ghetto Klown, Leguizamo goes on the road to his native Colombia and performs it in Spanish.

The film, directed by Ben DeJesus, documents the entire journey, including such bumps along the way as his struggles to translate the show and his insecurities over his rusty language skills. 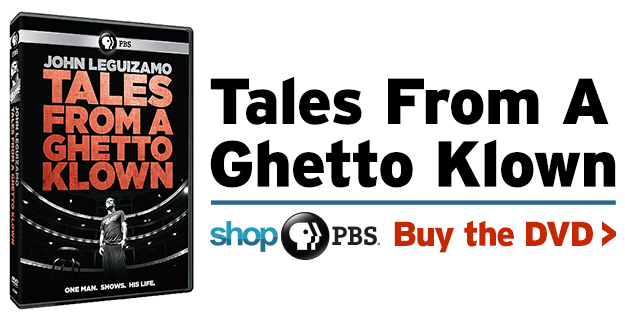 Get PBS:Tales from a Ghetto Klown on iTunes