Carved from more than 1,200 hours of rarely and never-before-seen footage, plus 24 hours of recently shot interview and live footage, American Masters: Pearl Jam Twenty is the definitive portrait of Pearl Jam as told by award-winning director and music journalist Cameron Crowe. The film coincides with Pearl Jam’s yearlong celebration of its 20th anniversary.

For the past twenty years of Pearl Jam’s tours, a collection of artists including The Ames Bros and Brad Klausen have designed highly stylized posters that celebrated their tours in around the world. Throughout this body of work one thing remains consistent — the constant merging of ideas and personalities between the designers and the band to create an image. This exhibit presents twelve designs and discusses the motivations and inspirations that created the imagery to accompany Pearl Jam’s music. 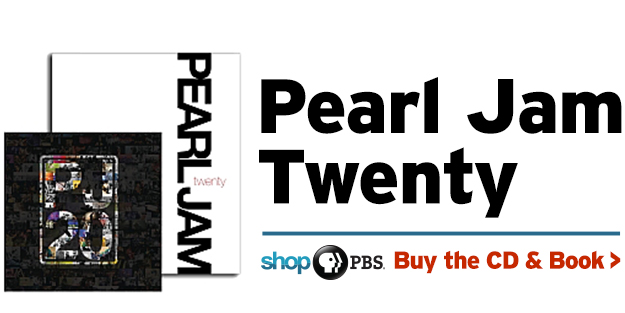