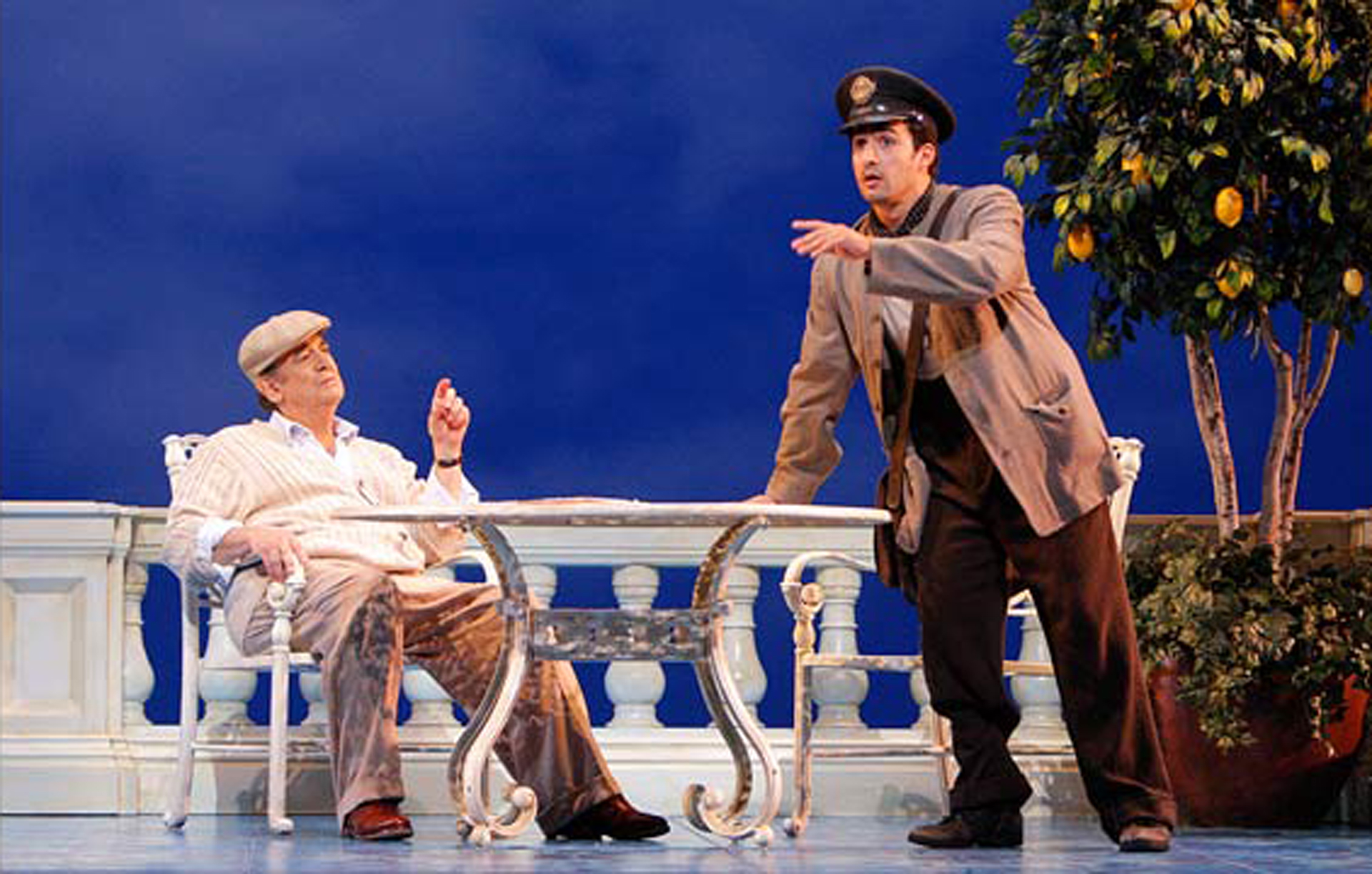 Get an inside look at the late Daniel Catán’s acclaimed adaptation of the Oscar-winning film, and learn why he was considered one of the foremost composers in contemporary opera.

The opera, based on the 1994 Italian film and the 1985 novel, Ardiente Paciencia, tells the story of postman Mario Ruoppolo (performed by tenor Charles Castronovo) who lives in an Italian fishing town. By delivering mail to his only customer, Chilean poet Pablo Neruda (performed by tenor Plácido Domingo), he finds the courage to approach the woman he has fallen in love with, the beautiful waitress Beatrice Russo (performed by soprano Amanda Squitieri).