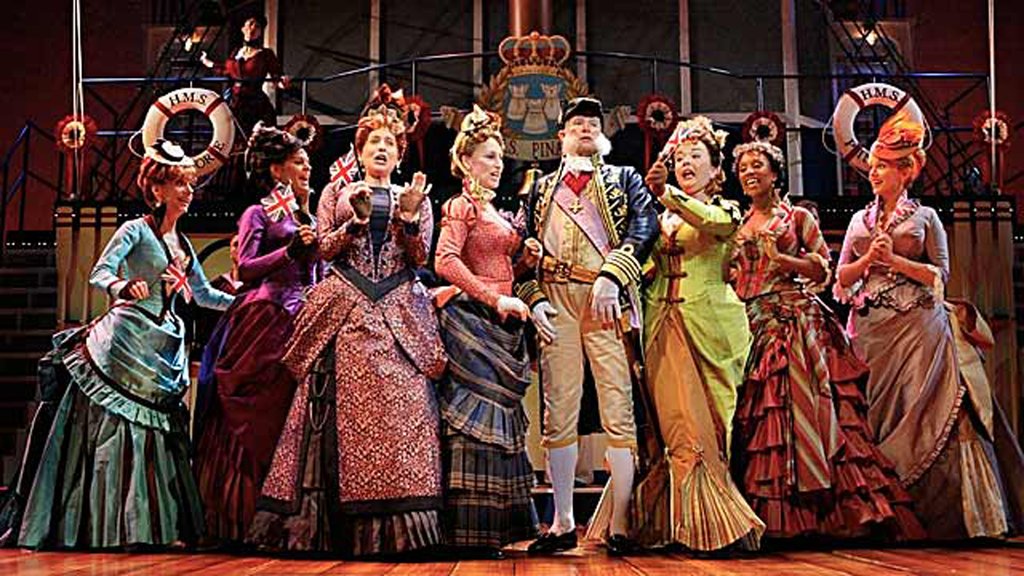 Sir Joseph Porter and the Sisters, Cousins and Aunts of the Guthrie Theater’s production of Gilbert and Sullivan’s H.M.S. Pinafore.Courtesy of Guthrie Theater

Gilbert and Sullivan’s first blockbuster is among the most crowd-pleasing comic musicals in history, loved for its dynamite songs, gleefully entertaining story and saucy satire. The captain’s daughter is in love with an ordinary sailor, but her father has a more sophisticated suitor in mind. Will she and her beloved defy convention and set sail for love? Filled with Sullivan’s memorable melodies — infused with fresh musical arrangements ranging from big band swing to classic pop — and new show-stopping choreography, H.M.S. Pinafore is pure joy and sensational entertainment for everyone, young or old. Go behind the scenes with costuming, musical staging, set building and learn more about the Guthrie Theater.

The Guthrie Theater’s rich heritage began with its premiere production of Hamlet in 1963. For nearly half a century, the Tony Award-winning Guthrie Theater has been dedicated to producing the great works of dramatic literature, developing the work of contemporary playwrights and cultivating the next generation of theater artists.

The performance of H.M.S. Pinafore was filmed at the Guthrie Theater in Minneapolis in August 2011.

H.M.S. Pinafore was produced by tpt National Productions. Funding was provided by the Minnesota State Arts and Cultural Heritage Fund and the vote of the people of Minnesota on November 4, 2008; the Blythe Brenden Fund of the Ted and Dr. Roberta Mann Foundation; Russell B. Hagen and Family; and the Margaret and Angus Wurtele Family Foundation. 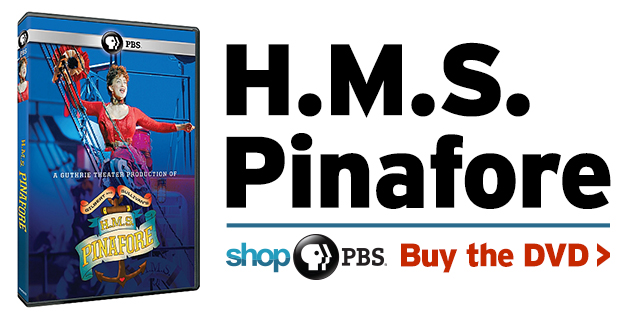